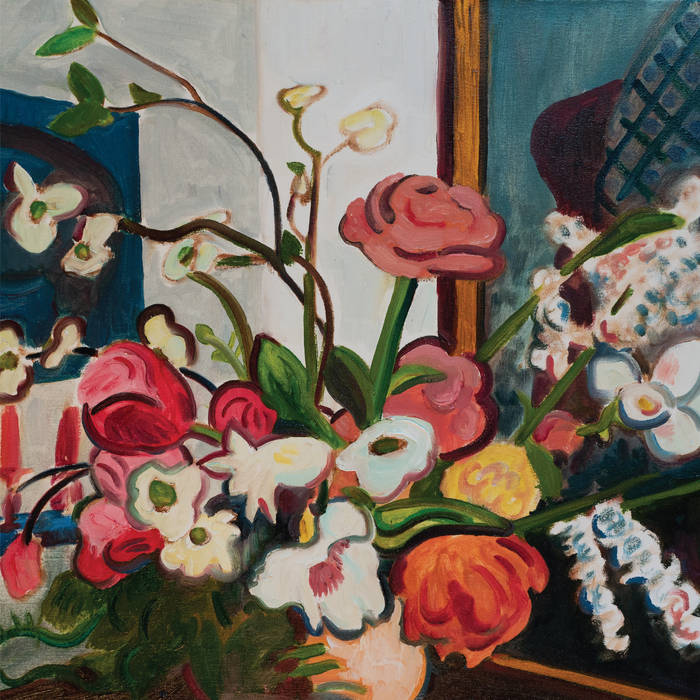 a house for bugs

a house for bugs This album is a force to be reckoned with... Favorite track: Donna Lee.

attlekalov The "golden thread", which is supposed to connect us to infinity.

Listening to Anne made it tangible. Like a pure, kind, golden breath.

World of Echo I've played this album several times from a bluetooth speaker connected to a fannypack while I walk my doggos. It consistently weirds-out passerby much more than any other ambient music I might blast during our family walks.

Michael Feihstel Mesmerizingly beautiful and melancholic. While the underlying theme and the backstory is a tragic one according to the description, this gem could serve as a slowly progressing, slightly dissonant soundtrack to scenes of your choice - a rainy afternoon, the view of rapidly passing objects from a moving train window, distant late night city lights. Just beautiful. Favorite track: I Thought That I Could Get Away with It.

Anne, the second album By Toronto saxophonist and composer Joseph Shabason, is a tonal essay on degenerative illness. Delicately and compassionately woven with interviews of Shabason’s mother from whom the album takes its name, Anne finds its creator navigating a labyrinth of subtle and tragic emotions arising from his mother's struggle with Parkinson’s disease. Across the nine vivid postcards of jazz-laden ambience that comprise the album, Shabason unwraps these difficult themes with great care and focus revealing the unseen aspects of degenerative diseases that force us to re-examine common notions of self, identity, and mortality.

Shabason’s uncanny ability to manoeuvre through such microscopic feelings is mirrored by his capacity to execute a similar tightrope-walk through musical genres. His music occupies a specific space that is as palpable as it is difficult to pin labels to. On Anne’s second track “Deep Dark Divide” rays of effected saxophone shine behind clouds of digital synthesizer that echoes the sound of jazz in the late 80s, but with a Jon Hassell-esque depth of sensibility that consciously subverts the stylistic inoffensiveness of that era. There is detail and idiosyncrasy beneath Shabason’s dawn-of-the-CD-era sheen that elevates the album far beyond a mere aesthetic exercise.

Still, the sounds on Anne are not so experimentally opaque as to stand in the way of the album’s through-line of sincerity and emotionality. When dissonance is employed it is punctual and meaningful, like on album-middler “Fred and Lil” where a six-minute cascade of breathy textures builds suddenly to an agitated growl, only to abruptly give way to Anne Shabason speaking intimately about her relationship to her own parents. Snippets of such conversations see her taking on something like a narrator role across Anne while the sound of her voice itself is sometimes effected to become a musical texture entwined into the fabric of the songs without always being present or audible. The subsequent piece “Toh Koh” then drifts into playful disorientation as a lone female voice echoes the two syllables of the title, recalling the vocal techniques of composer Joan La Barbara, or even the light-hearted mantras of Lucky Dragons. From here the album veers back onto its aesthetic thoroughfare with “November” where Shabason lays muted brass textures atop a wavepool of electric chords provided by none other than the ambient cult-hero Gigi Masin, one of Anne’s many integral collaborators.

The serene tragedy of the album distils itself gracefully into the ironically titled album closer “Treat it Like a Wine Bar” wherein flutters of piano and mournfully whispered woodwinds seem to evaporate particle by delicate particle, leaving the listener with a faint emotional afterglow like a dream upon waking. There is a corollary to be drawn here with what it must be like to feel one’s own mind and body drift away slowly until nothing remains, while the collection of memories and abilities that we use to denote the “self” softens into eternity. On Anne, it is precisely this fragile exchange of tranquillity and anguish that Joseph Shabason has proven his singular ability to articulate.

All songs recorded by Joseph Sahabson at Aytche Studio. The piano was recorded by Roger Leavens at Boombox Sound

Bandcamp Daily  your guide to the world of Bandcamp